Chit Tin, Chinlon coach.Difficult to find this village of “Shain Ka Lay” and especially the venue. It is on the outskirts of Mandalay. 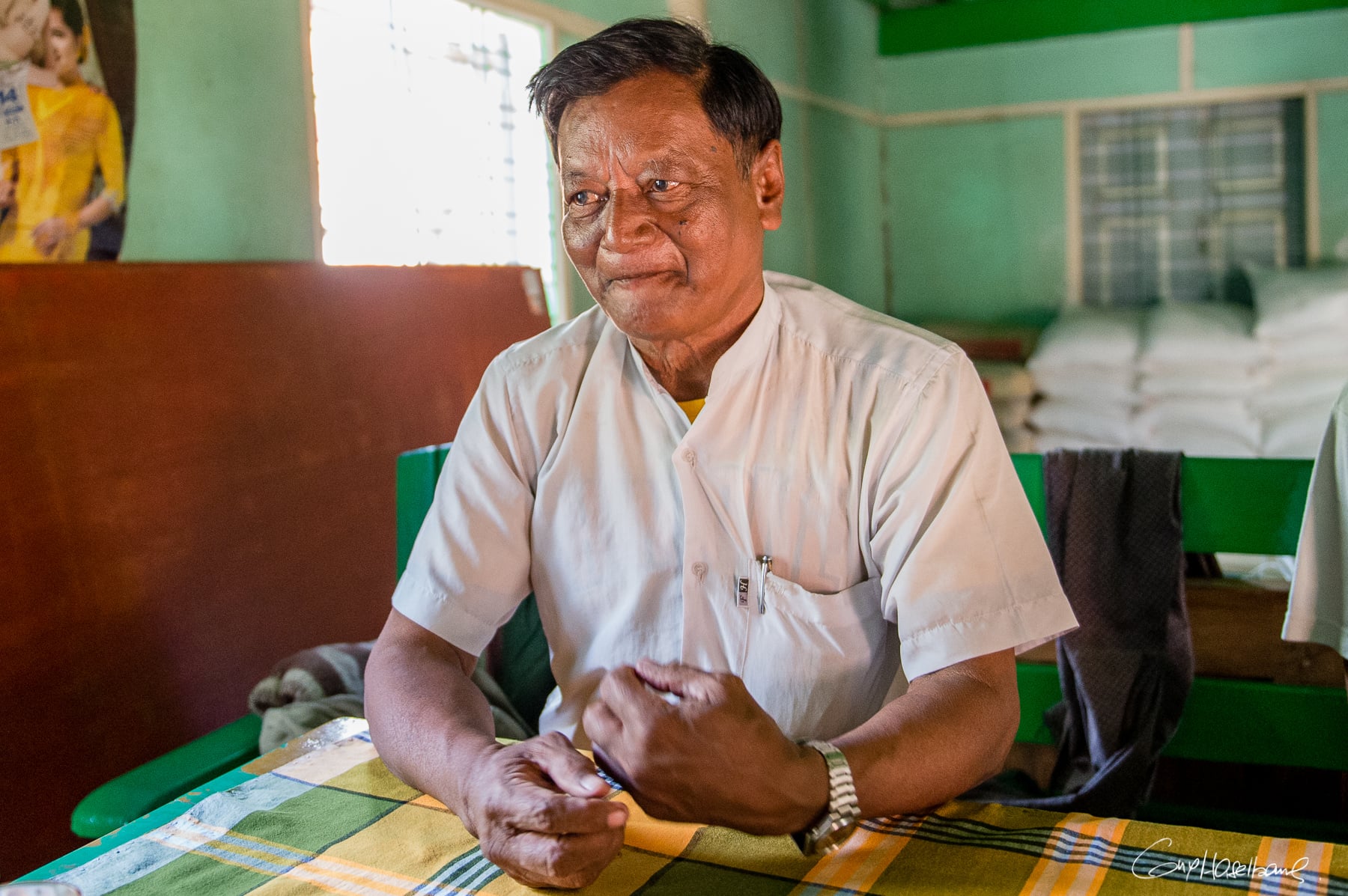 Difficult to find this village of “Shain Ka Lay” and especially the venue. It is on the outskirts of Mandalay in the direction of Ava and Sagaing. The coach is called Chit Tin he is 75 years old and looks great. We meet him in the village cafe just next to the Chinlon playground.

To begin He explains to us a little the rules of the game notably in terms of points to be won. Each player must hold the ball in the air using a series of thirty positions that mobilize six surfaces of the foot and leg. The game lasts 5 minutes. The braided rattan ball measures 12 cm in diameter. A good kick marks “a point”

And penalties penalize the fall of ball and the use of prohibited surfaces of the foot. He explains that it is an ancient game that must date from the 16th century. Then we are invited to attend a demonstration. It is the official competition game and it is played without a net. It’s almost choreography, a blend of elegance and juggling. 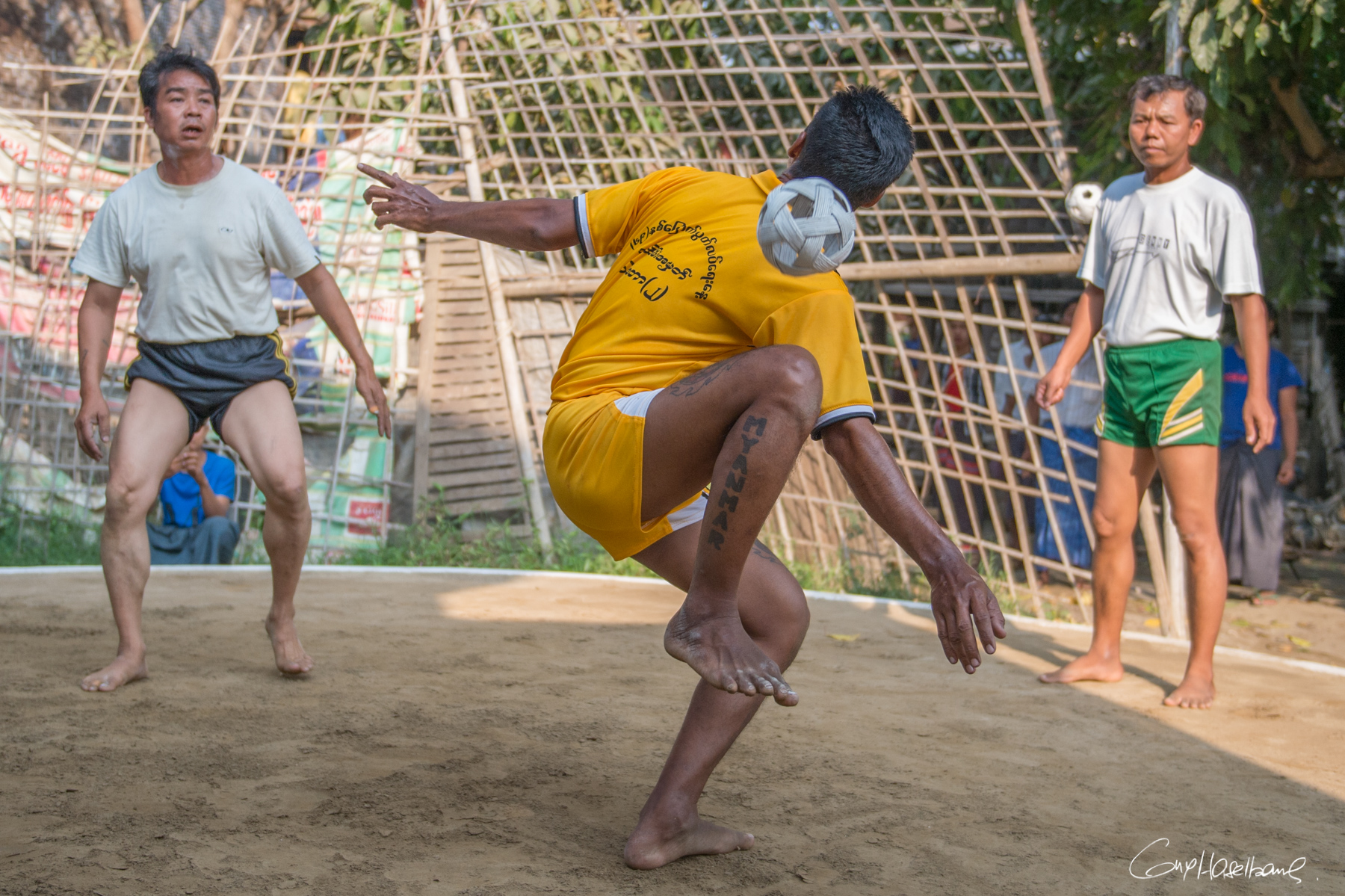 The chinlon has become the official sport in Burma and is due to become part of the games in the Asian region. It is very popular, especially in Indonesia, Malaysia, Laos and Thailand, but Burma remains still undefeated champion in all tournaments.

It is a difficult sport to photograph, the game is played very quickly and the players are sometimes very grouped with the ball in the center. 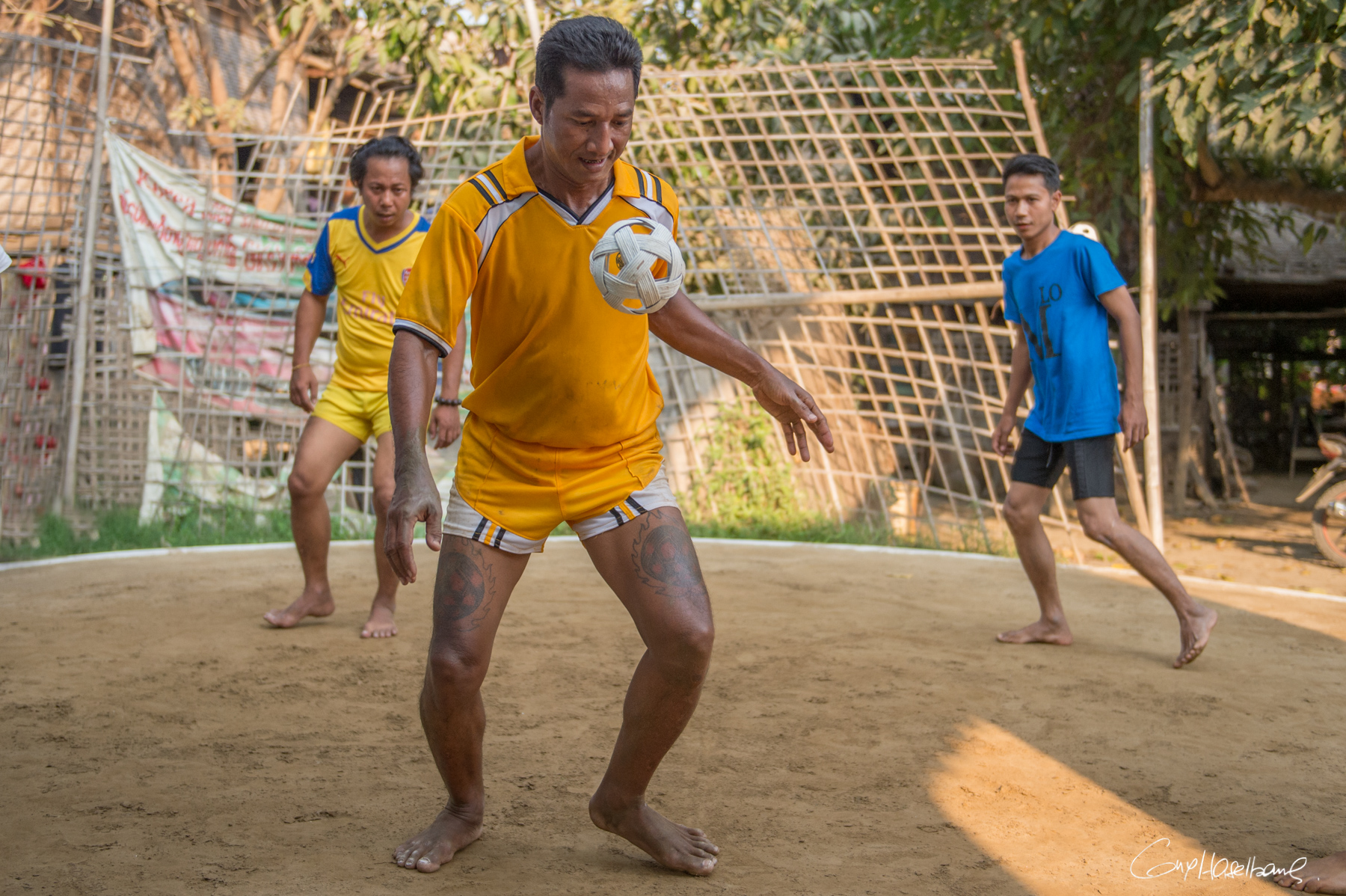 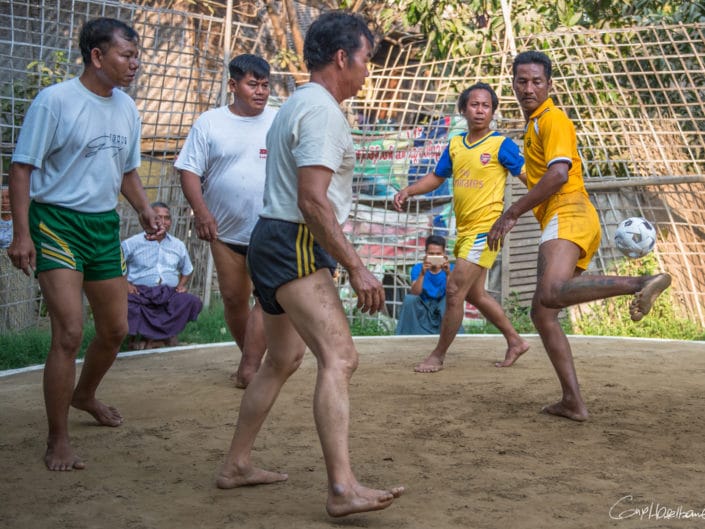 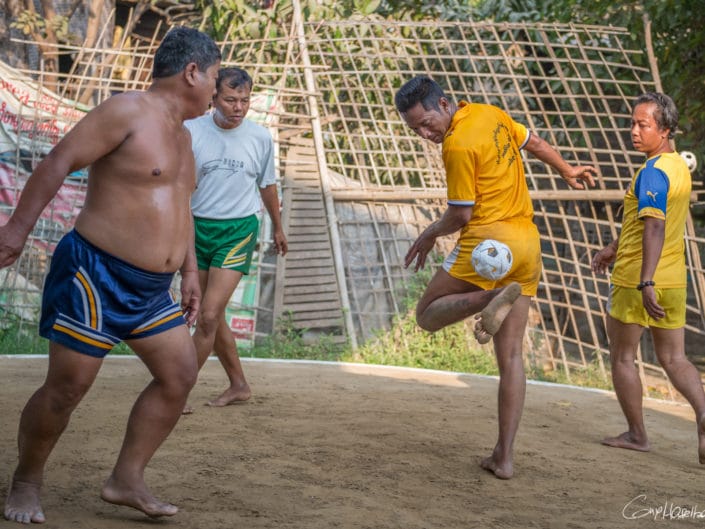 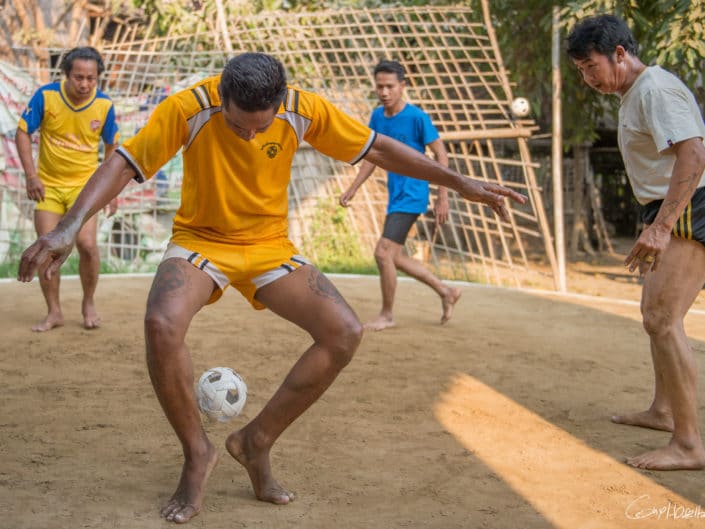 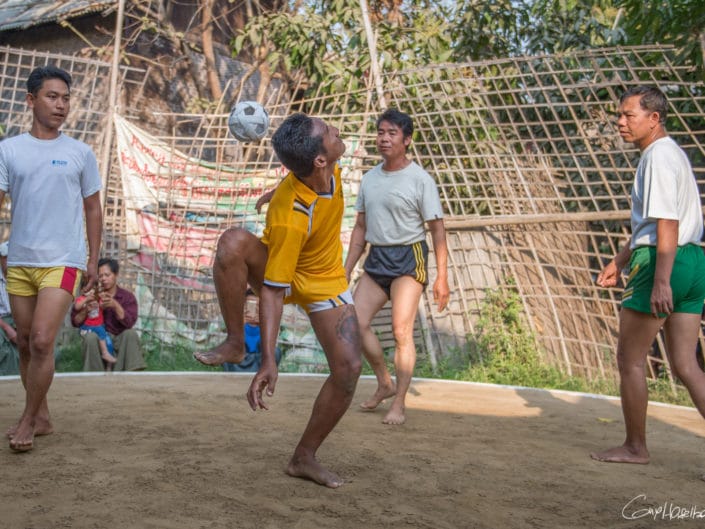 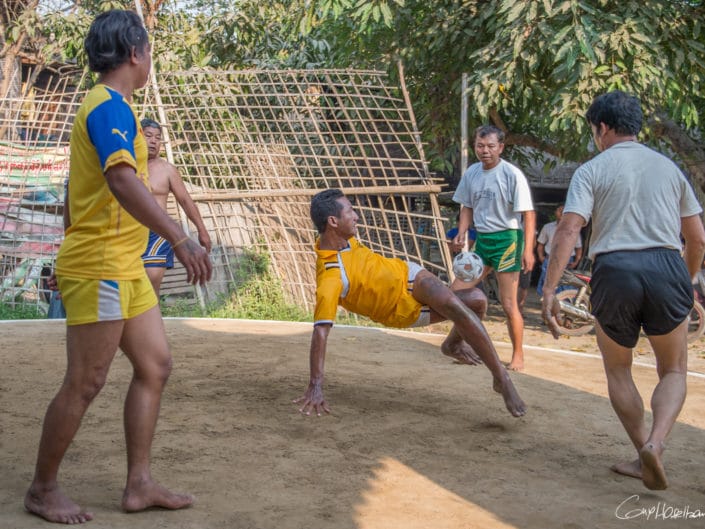 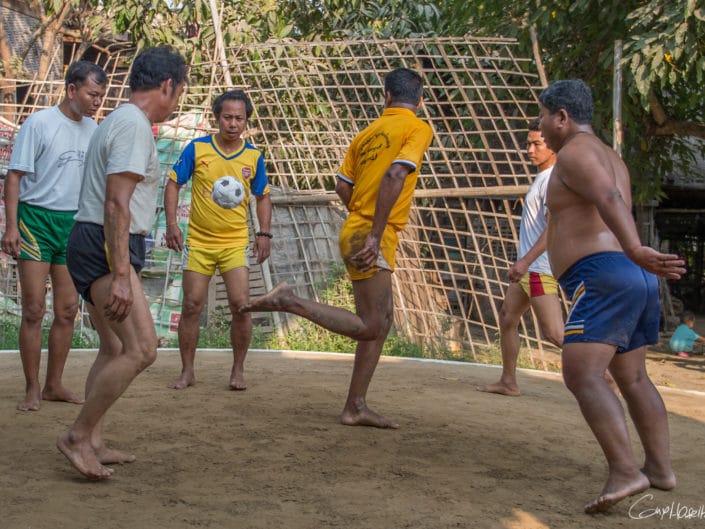 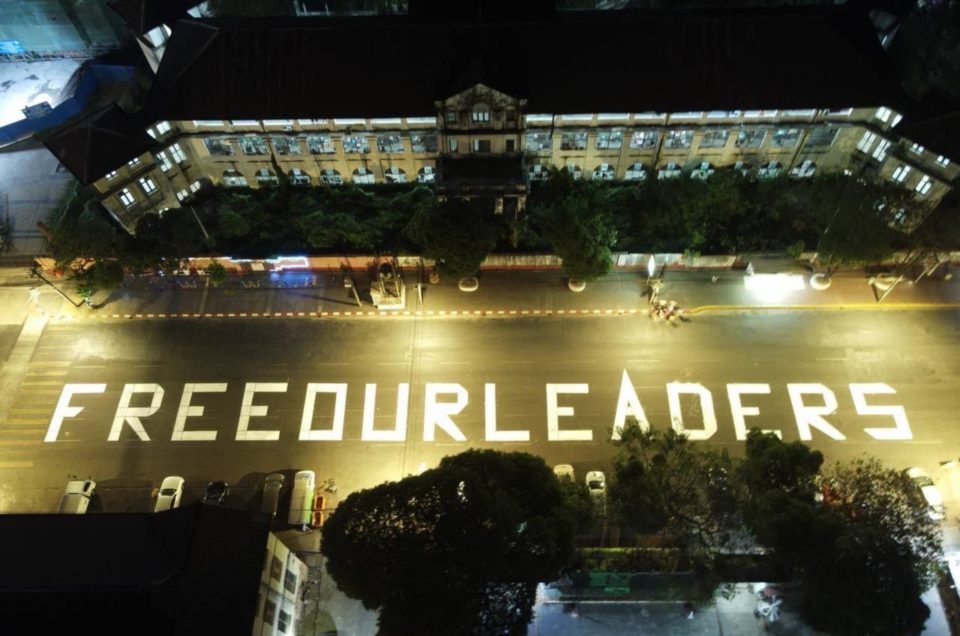 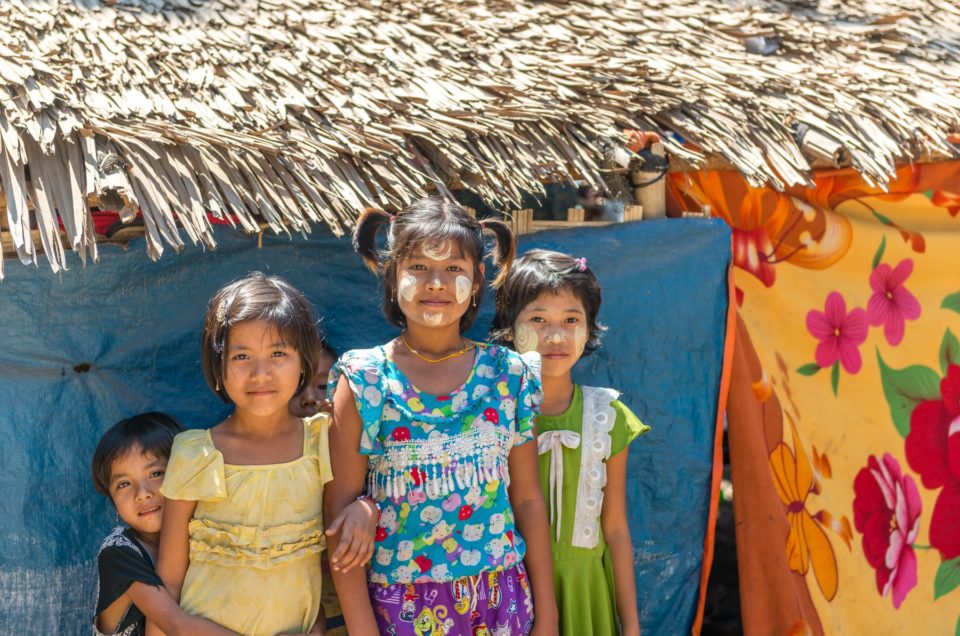 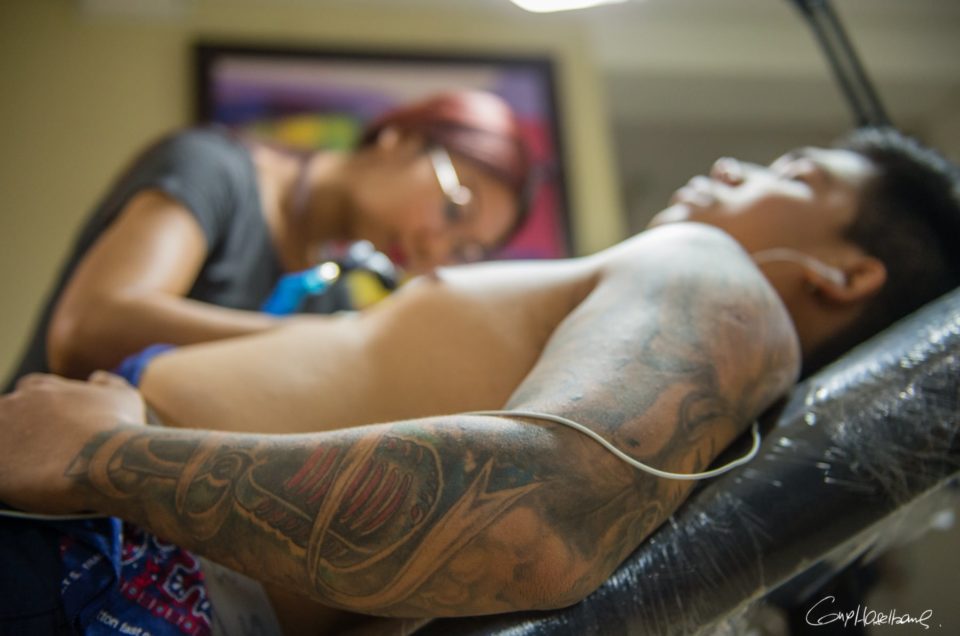